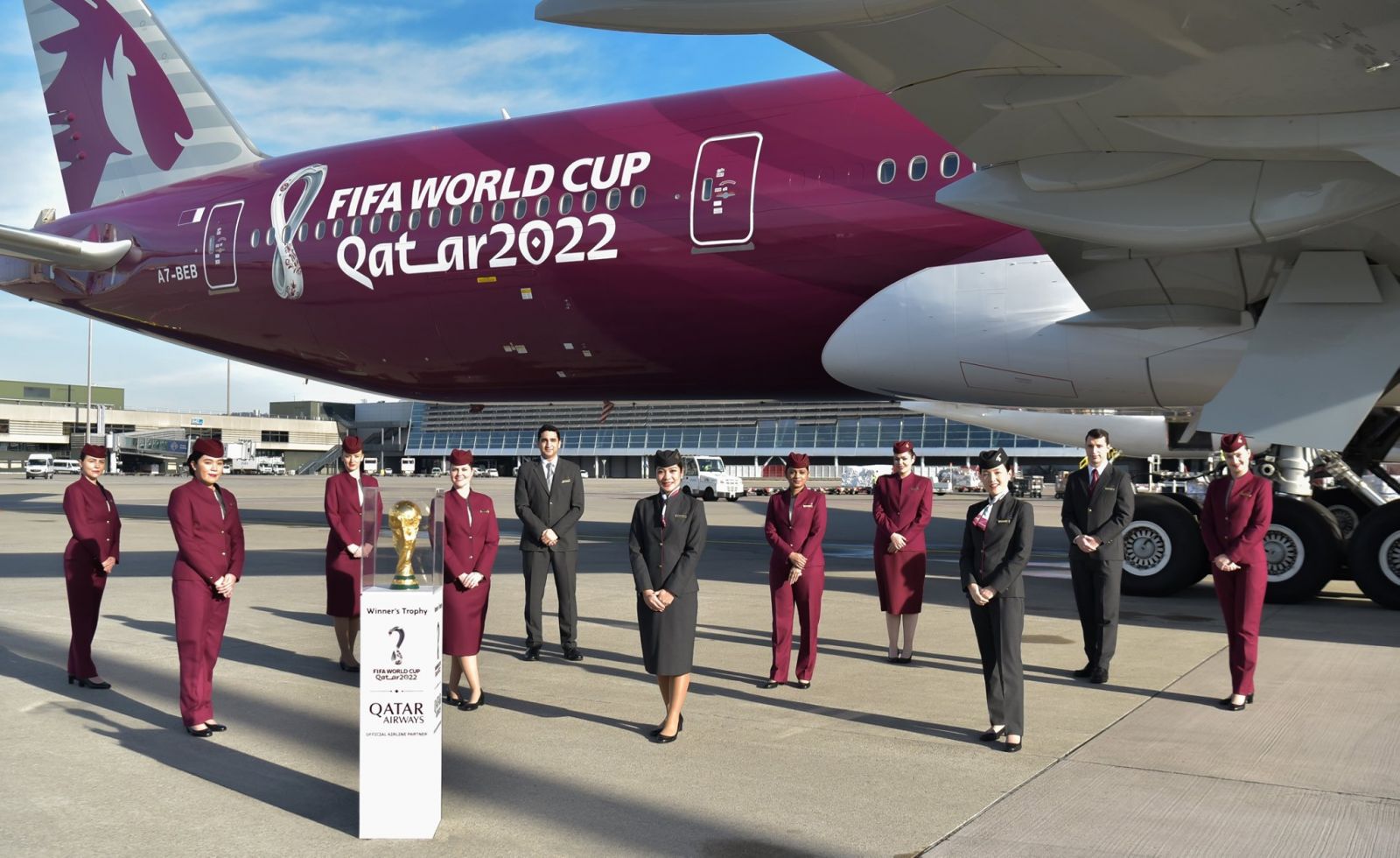 Qatar Airways has presented the first aircraft decorated with colors of the 2022 FIFA World Cup which will take place in Qatar.

A half of the Boeing 777's fuselage was painted purple and was decorated by the inscription FIFA WORLD CUP Qatar 2022 with the image of the cup.

Engines are decorated by stylized image of a ball next to the airline's label.

After receiving the updated livery, the aircraft operated its first flight between Doha and Zurich. Qatar Airways stated that this action was done for the purpose of highlighting the airline's commitment to FIFA's partnership, which is headquartered in Zurich.

In the coming months, Qatar's national airline will repaint several aircrafts with the football livery colors. Thus, airline declare itself as a partner of the championship, on the other hand, it promotes the upcoming football championship in different countries worldwide.

In the near future, Qatar Airways jointly with its travel subsidiary intend to present special travel packages for those wishing to visit the FIFA World Cup in Qatar.