Prior to the celebration of Astana Day, the Zhambyl branch of RSE "Kazaeronavigatsia" organized and hosted a mini-football tournament where the following teams participated:

1. Zhambyl branch of RSE "Kazaeronavigation";
2. Halyk Bank of Kazakhstan JSC;
3. JSC "Forte Bank";
4. Tsesnabank JSC;
5. JSC Aulie-Ata International Airport.
The tournament was held at the highest level thanks to the executive committee and the active participation of the fans of all teams. As a result of the competition, the players of the Zhambyl branch took the first place and became holders of the cup of the championship. The players who won prizes were awarded with diplomas.
Our football team regularly participates in tournaments of the local level and annual tournaments organized by the central union.
Sporting has a positive impact on the health, business activity and work capacity of the team, as well as the final result of the company as a whole. The physical health and the spirit of the employees of the enterprise is the guarantee of the accident-free operation of the branch and safe air traffic services. 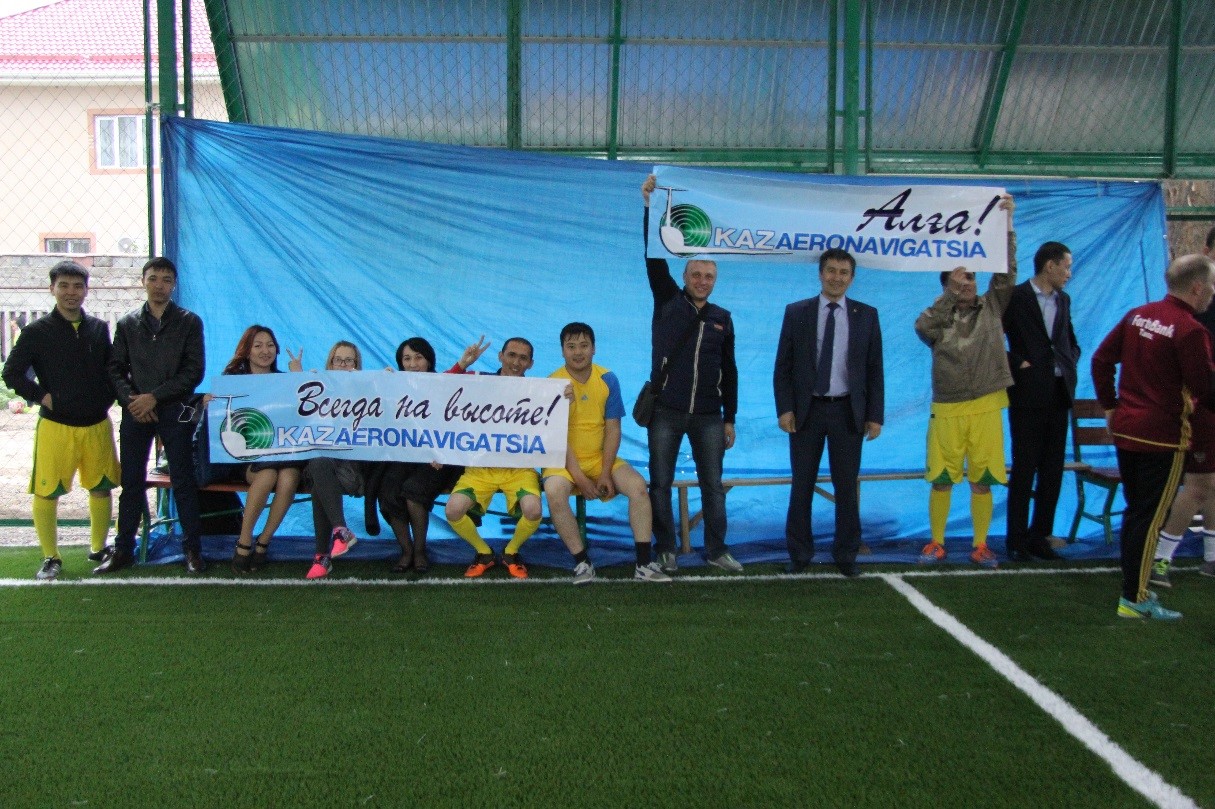