30th anniversary of the withdrawal of Soviet troops from Afghanistan

February 15, 2019, a meeting in honor of the 30th anniversary of the withdrawal of Soviet troops from Afghanistan was held in the Atyrau subsidiary of the Kazaeronavigatsia RSE. On the meeting the veteran of the Afghan war, Eskaliyev Amanzhol Kabdolovich told the story of the events of the Afghan war, and recalled the soldiers-internationalists fighting on the way of Independence. The heroic deeds of these warriors should serve as an example for the next generation, and according to him, they should be decorated with patriotism and heroism.

A. Eskaliev works in the Atyrau Subsidiary of the Republican State Enterprise "Kazaeronavigatsia" in the CNS/ATM Department as an engineer of the 1st category.

A. Eskaliev was awarded many state medals for dedication and heroism on the battlefield.

In honor of the 30th anniversary of the end of the Afghan war, he was awarded the medal "30 let vyvoda Sovetskoi armii iz Afganistana"

During the meeting, the subsidiary team congratulated the soldiers-internationalists A. Eskaliev and wished him good health, long life and family well-being. 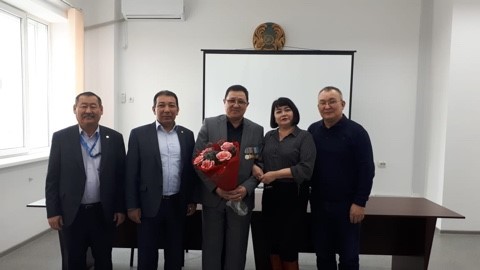 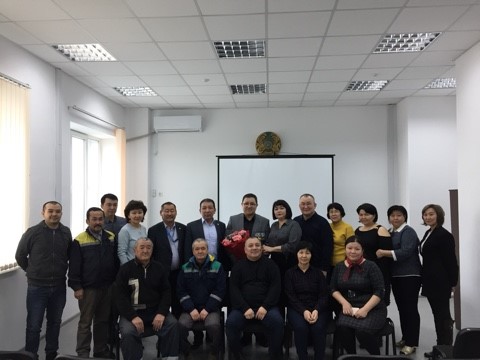