Boeing held a presentation of the world's longest passenger aircraft - the newest wide-bodied airliner Boeing 777X. This was reported by CNN, noting that the presentation passed for a limited number of participants.

The length of the new airliner is 77 meters, the wingspan is 72 meters. At the same time, the company has applied technology with folding wings for the first time in civil aviation, which was previously used only in military aircraft - usually for aircrafts that are designed for use on aircraft carriers.

Also, the Boeing 777X will become the world's largest two-engine passenger aircraft. Meanwhile, the flight range of the basic version will be a little more than 14 thousand kilometers.

The company also emphasizes that "fuel consumption and operating costs will be lower than competitor models by 10-12%." The first flight of the new liner will accomplish in the coming months, and deliveries to customers are expected in 2020. 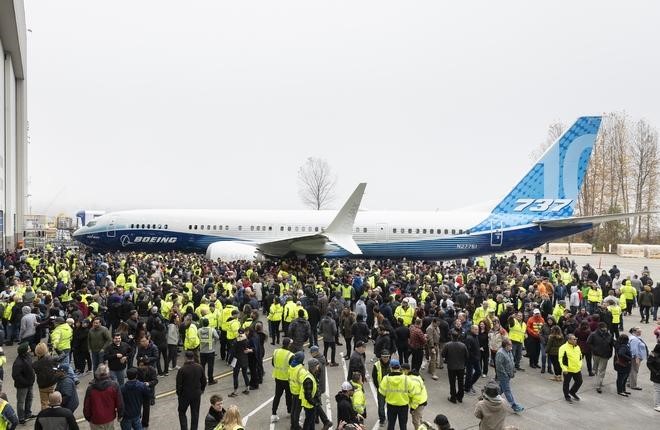