Sport weekends of the RSE "Kazaeronavigatsia"

Last Sunday, May 26, in Nur-Sultan, at the Triathlon Park was held IV BI Marathon. This year, in an already traditional sporting event, participated more than 7.6 thousand people from 26 countries, including Russia, China, the USA and India and other countries.

Employees of the RSE "Kazaeronavigatsia" did not stay away from this sporting event. For the second time, Nurmukhanbet G.E., the chief accountant of the Enterprise, took part in the races 10 km; Isabekov A.G, specialist, 2 category, State Procurement Organization Department, took part in the races for 21 km. For the first time, Rahimbergenova A.N., specialist, Aeronautical Charges Division, took part at in half marathon .All employees received commemorative medals for finishers.

In addition, one day before the marathon, on May 25, at the same park, a race was held for children aged 5 to 13 years at a distance for 2 kilometers. Children of the RSE “Kazaeronavigatsia” employees, also actively participated , deservedly received their medals at the finish line.

On the same day, in Shymkent, the Asian Triathlon Cup in the Olympic distance, had taken place, in which, triathletes were attended from 14 countries. Athletes had to swim 1.5 km, ride a bike 40 km, and finish the competition with a 10 km run.

Our colleague, Serayev Kh.A , the Head of the Human Resources and Social Affairs Division,  in a hard-fought struggle, he managed to take 3rd place in his age category. The next start, in which Serayev Kh.A.will participate - World Triathlon Cup, which will be held in Nur-Sultan on June 16, 2019.

Congratulations to our colleagues with sporting achievements and we wish them continued success! 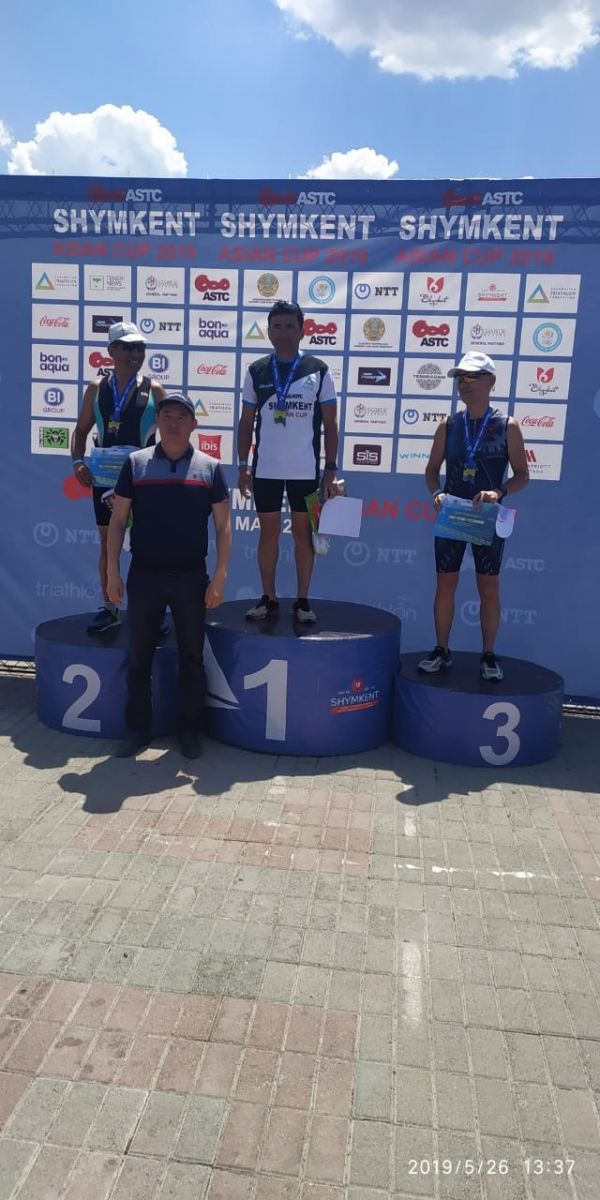