A tour, dedicated to the International Children's Day began with the question: “What is an airport?” Answers were very different: “this is a place where we arrive”, “this is a place where are the aircrafts and helicopters”. "And who was at the airport?" -  there was silence in response. From that moment, employees’s children have got acquainted  with aviation.

Review of Petropavlovsk International Airport, they started from terminal. There was something to show. Recently, terminal building has been reconstructed and   transformed.

The guys have been registered for landing, received boarding passes and were able to communicate with Aviation Security Officer, he told how the baggage screening equipment works.

Later, the tour continued on the platform, where the children were waiting for a search and rescue helicopter. Happiness knew no bounds! It's not every day you manage to touch such a technique, and even sit at the helm. Vladislav Koleinikov, the commander, spoke about his aircraft, while the children could not take their eyes off the golden stripes on the shoulder straps and shiny sides of the helicopter. A specific delight was caused by starting the engine and movement over the platform.

The tour continued in the “Kazaeronavigatsia” building, where the children learned how the weather is predicted, the information about the flights is transmitted. The most curious climbed the tower and were able to see how the controller team works. The tour ended with a festive table. 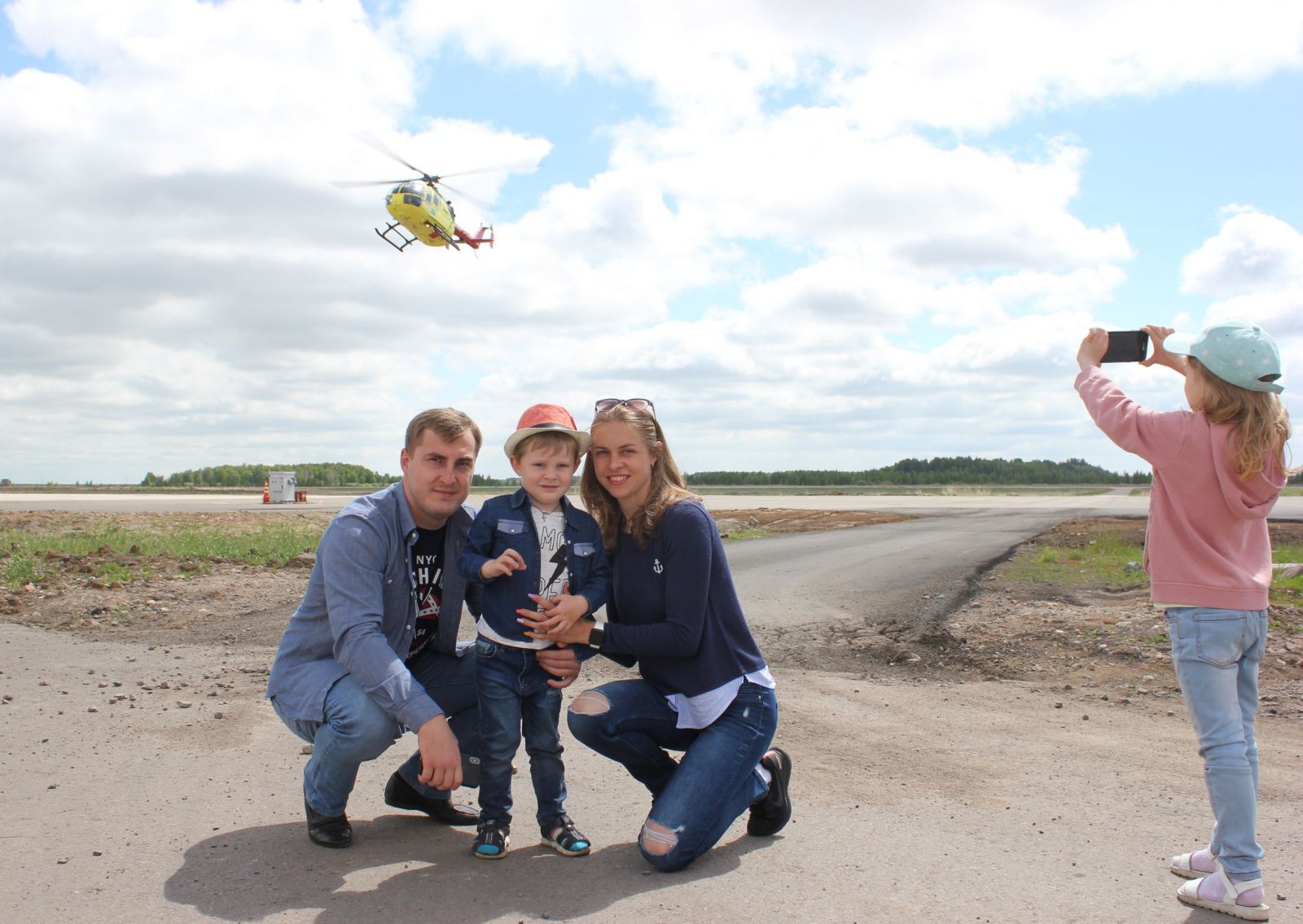