The largest air carrier of Kazakhstan, Air Astana, received the first A321LR aircraft, becoming the first aircraft operator of this modification in the CIS. The press service of the carrier said that the A321LR aircrafts will gradually replace the Boeing 757 at Air Astana fleet.

The new A321LR aircraft with tail number P4-KGA, which arrived on September 21 in Almaty from the Hamburg manufacturing plant, is powered by Pratt & Whitney's PW1133G engines and is designed, similarly to Boeing 757, for carrying 150 passengers in economy class and 16 passengers in business class (the seats layout in a business segment of A321LR give a possibility to fold them into a bed). The aircraft has not yet been put into commercial operation.

Currently, under the contract with the lessor, the Kazakh carrier intends to receive additional three A321LR aircrafts. For another next year and a half, depending on Airbus capacity production, Air Astana will receive the remaining A321LR under the contract. 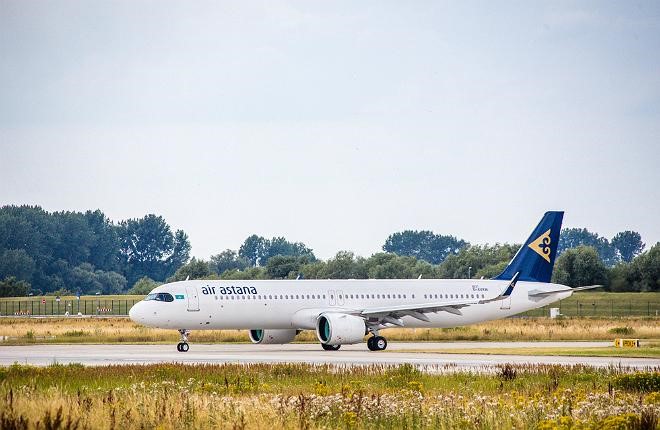