Meeting of the First Deputy Chairman of the "Nur Otan" branch of Nur-Sultan E.E.Kanalimov with the team of RSE “Kazaeronavigatsia”

Welcoming speech was made by Karlygash Gazizkyzy Kaken, the Chairman of the primary party organization of the RSE “Kazaeronavigatsia” , who congratulated Yerlan Kanalimov on his appointment as the first deputy chairman of the "Nur Otan" party of Nur-Sultan.

“We know that you have been working for many years in the capital leadership, including the akim of a district , and we are sure that you, like no one else, know where the "Nur Otan" party needs to make efforts to solve the most critical issues of the capital’s citizens,” noted Karlygash Gazizkyzy.

Karlygash Gazizkyzy has informed about the measures taken by the RSE "Kazaeronavigatsia" in providing social assistance to large families and veterans, as well as participation and achievements in various sports events.

In his report, Yerlan Yermekovich informed about the party's current activities and plans for the future, the work being carried out under the party “reload” and the key areas of party activity in the new conditions, measures being taken to improve the population welfare, the public receptions activity to consider complaints and proposals from citizens.

Later, the party cards were solemnly handed to the Enterprise employees  - the new members of the "Nur Otan" party, as well as the party flag was presented to the Chairman of the primary party organization of the RSE "Kazaeronavigatsia". 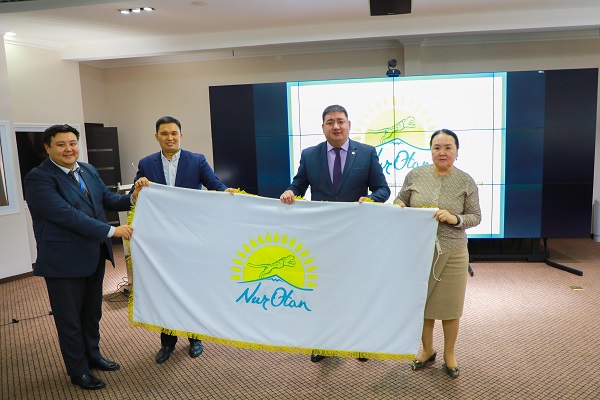 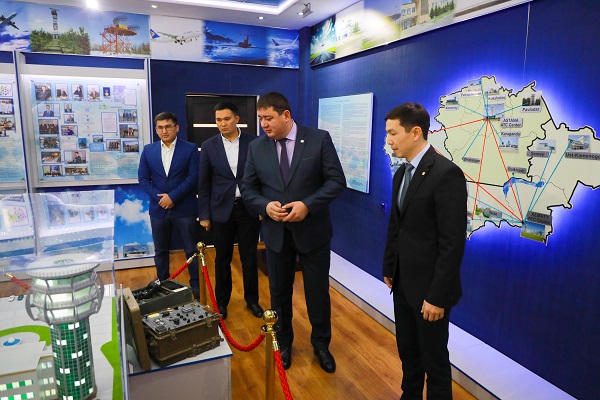 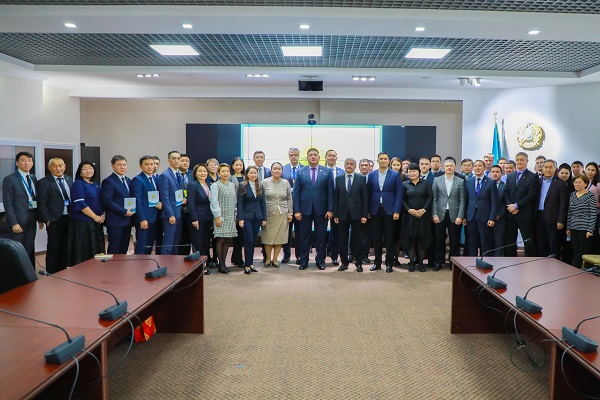