On November 29, 2019, a party asset meeting was held with Altai Kulginov, the Chairman of the "Nur Otan" party’s capital branch, in which  on November 25, Elbasy instructions have been clarified, articulated by the Political Council meeting to strengthen party work.

Akim of the capital has emphasized an upcoming preparatory work for strengthening the primary party organizations and youth affairs. A. Kulginov also has presented the membership cards to new members and awarded the winners of the "The Best Primary Organization" competition.

The "Kazaeronavigatsia" PPO was recognized as a winner of the contest "The Best Primary Organization" among the primary party organizations of the "Nur Otan" party, "Birlik" branch of Nur-Sultan. The akim of the capital awarded the winner’s diploma and Cup to G.K.Kaken, the Chairman of the PPO "Kazaeronavigatsia". It should be pointed out,  the “Kazaeronavigatsia” PPO is one of the most proactive organization in Nur-Sultan, has been actively involved in sports and socio-political events. 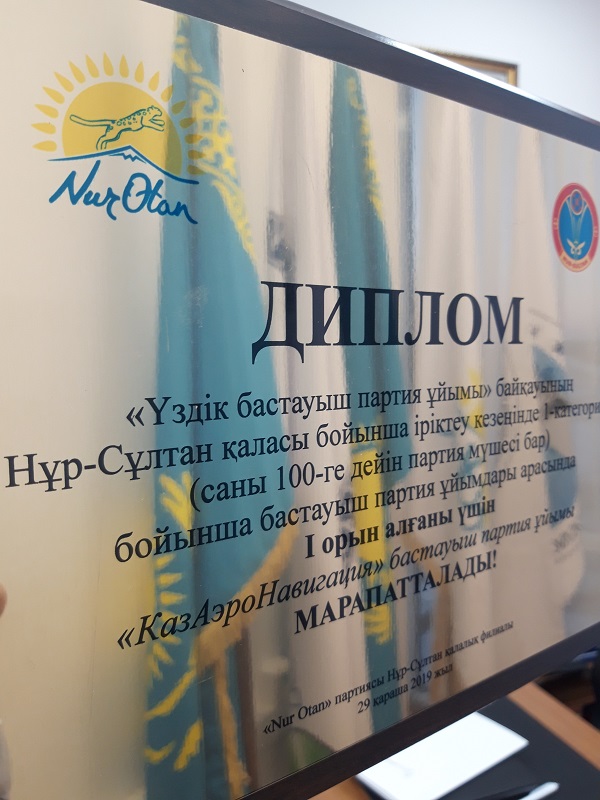