Chaired by Beibut Atamkulov, the Minister of Industry and Infrastructure Development of the RK, was conducted the minor panel on civil aviation development issues, considering the performance status of Head of State's orders, as well as industry results for the previous year and plans for 2020.

According to CAC MIID RK, dynamics of the key indicators has grown steadily in civil aviation of Kazakhstan. At the end of 2019, more than 8.6 million passengers were transported, which is 9% more than the same indicator in 2018 (7.9 million). The number of passengers served at the airports amounted to 17.7 million persons, which is 12% more than in 2018 (15.8 million). Over the past 7 years, transit passenger traffic has increased 45 times over. Last year, this indicator increased to 1 million transit passengers. The number of transit flights has risen by 4%.

Within the “open skies” mode, introduced since November 1, 2019, on behalf of the Head of State, will be opened 14 new international air routes. The modernization of air transport infrastructure was almost completed - 16 runways and 13 air terminals of Kazakhstan airports were reconstructed.

In October 2019, the reconstruction of Kostanay airport runway was completed. In 2020, the construction of Turkestan International airport and passenger terminal at Shymkent Airport would be completed. This year, under the state program to stimulate domestic tourism, is scheduled to begin the runway reconstruction of Usharal and Urdzhar airports.

In general, from the session, several orders have been given, control over implementation is assigned for Berik Kamaliev, the Vice Minister of Industry and Infrastructure Development of the Republic of Kazakhstan. 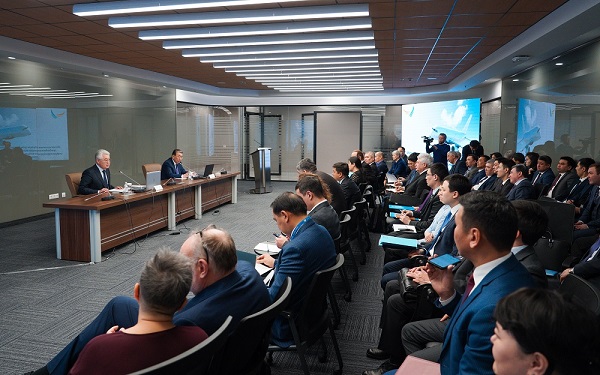